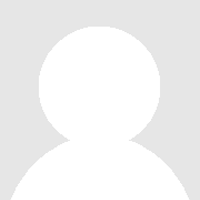 Persian astrologers kept the track of time using several cycles, including the great conjunctions, for centuries. They based the conjunction points and cycles as one of the most deciding points of mundane astrology. The point of previous conjunction had been mentioned in birth chart of the kings and used to be interpreted as an important point in transits and progressions.

Abuma’shar balkhi, Muhyi-Aldin Anari, and Iranshah Neyshaburi were three of profound astrologers who wrote on this topic. Despite the fact that all the three were great, some controversies could found in their calculations. Thankfully, some of their charts and predictions remained, and we can re-examine them in both calculations and predictions, and use their techniques for the great conjunction of 2020!

Pricing for each period becomes effective at 00:00 U.S. Eastern time on the first date of the period.

SIMULCAST, Mexico: Maru Dieguez: Finding Your Path in Life and Making the Most of It

SIMULCAST, Poland: Izabela Podlaska-Konkel: The Secrets of the 8th House